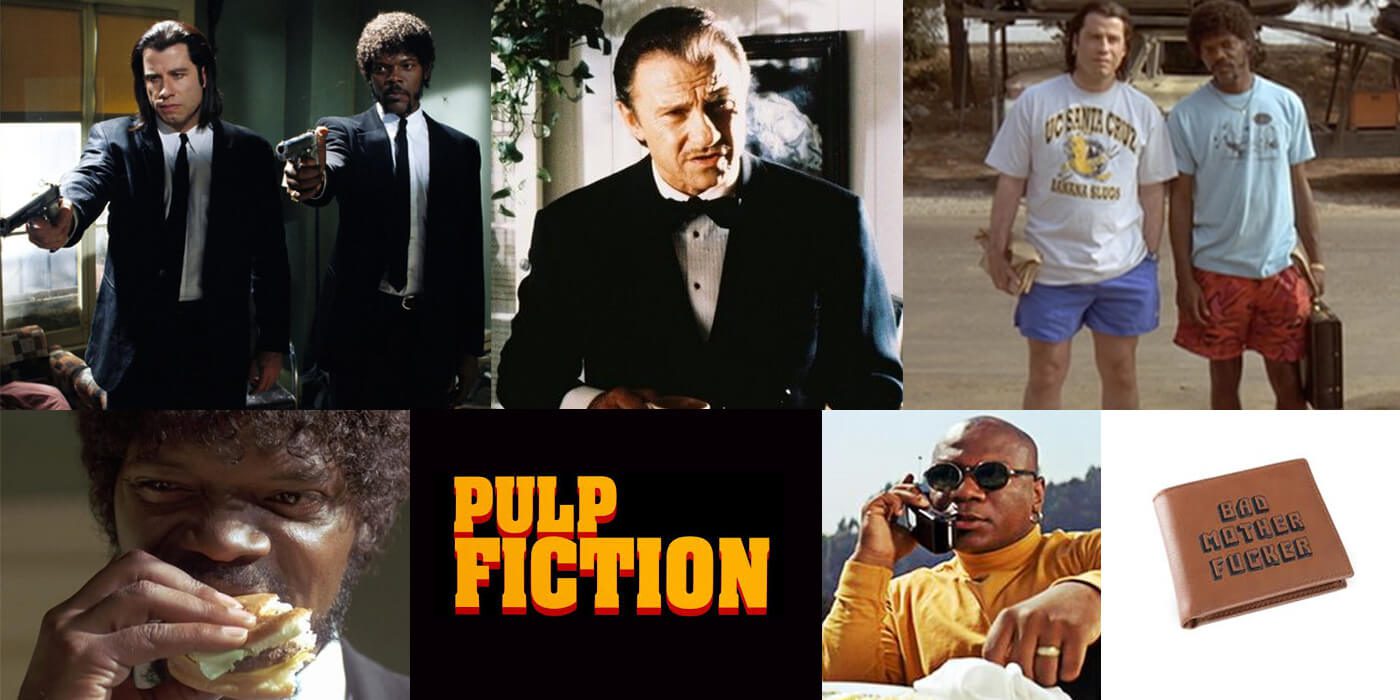 By Ward Richmond AKA The Wolf

My favorite movie of all time is the Quentin Tarantino masterpiece, Pulp Fiction. Hands down. I can still quote Ezekiel 25:17 by memory and sadly it’s not because I have the bible memorized. I watched Pulp Fiction in the theater like 15 times when I was in High School. To date, I’ve easily seen it 100+ times. It is so good and it never gets old. A little odd, I know, but what can I say?

This summer, for my 40th birthday party, I have already rented out the Alamo Draft House in Downtown Dallas and we will be screening Pulp Fiction. I kid you not!

Much like Pulp Fiction, this blog is Rated R. If the F word offends you, please just go back to reading my blog on Triple Freeport Tax Exemptions.

For me, I think Pulp Fiction is so good and never gets old because the film has such a wide array of awesome characters as well as story lines. On top of that, I love them all – the characters and the storylines. Like any great film, you are going to naturally feel like you can relate to the characters. And, if you’re like me, you might even model your business around one of them!

First up, you have Marsellus Wallace. In case you didn’t know, he is Pulp Fiction’s powerful gangster kingpin. He is the boss. I wish I could relate more to Marsellus Wallace – other than the Pawn Shop scene – but I’m just not there yet. The bottom line is, he is the Man. You do not want to eff with Mr. Wallace. Also- please refrain from giving his wife Mia a foot massage – and heroin.

Next up you have Jules Winnfield and Vincent Vega. I love them both in their own separate ways. They are the “boots on the ground” for Marsellus Wallace. They are both fantastic at doing what they do – which is assassinate people who displease Mr. Wallace. In case you didn’t know, “Marsellus Wallace don’t like to be f***ed by anyone except Mrs. Wallace.” Jules and Vince are down in the trenches everyday doing the hard work. They are the hyper focused, execution specialists – no pun intended.

I personally tracked every warehouse, every tenant, every landlord and every deal that went down in those 2 zip codes. While I worked hard, and tried to do my best, at the end of the day, submarket specialization was just not my cup of tea. I was not gaining any real market share and I wasn’t really all that happy being such a micro market specialist.

I was simply not passionate about what I was doing and needed to rethink and evolve my work style and plan of attack if I wanted to succeed in the commercial real estate business. Once I came to this realization, it was then and there that I made the decision to stop being like Jules & Vince and to start being like The Wolf.

That’s right, Mr. Winston Wolfe aka The Wolf. The Wolf is the guy who Marsellus Wallace calls when there is a major problem that needs to be fixed.

As I hope you recall, during “The Bonnie Situation”, Jules & Vince needed an assist after Vincent accidentally shoots fellow gangster Marvin in the face! Now- while Jules & Vince may be pros when it comes to busting into an apartment unannounced, eating some poor guy’s cheeseburger, reciting a bible verse and popping a cap in his ass, they do not specialize in disposing of dead bodies and bloodied up cars at 9 o’clock in the morning.

That is the reason why they called Marcellus Wallace. Like any smart gangster kingpin or CEO, Marcellus Wallace immediately knew who to call to handle such a problematic situation. “You ain’t got no problem Jules. I’m on the mother***er. Chill them [dudes] out and wait for the Wolf, who should be coming directly.”

When the Wolf arrives, he authoritatively establishes his presence by introducing himself, “I’m Winston Wolf. I solve problems.” I love the simplicity. I love the attitude. I love the fact that he was at a cocktail party at 9am and somehow drives so fast that he gets there in 10 minutes when it usually takes 30. The Wolf is who I want to be. He is the cool, calm, collected problem-solving master.

It is clear that the Wolf only specializes in one thing: macro strategy development and execution. He will get down in the trenches when needed to assess the problem but he’s not necessarily the ditch digger. I love this.

As mentioned, The Wolf solves problems. Even if he is forced into a reactive situation, like “The Bonnie Situation”, he is able to quickly develop a proactive plan of attack, assemble a team, and work together to successfully implement execution. The Wolf’s level-headed behavior, creative thinking, decisive actions and natural leadership ability immediately establish credibility and respect which in turn leads to rock solid results.

So, back in 2009, after 3 years of working those 2 zip codes, I knew it was time to make my move and stop being like Vince & Jules and start becoming like The Wolf. I reprogrammed my mindset and my plan of attack and began focusing on the macro instead of the micro.

Over the years, I have developed an unparalleled understanding of corporate real estate strategy via negotiating 500+ transactions in 50+ cities (in US/ Canada/ Mexico) while generating millions in value for my customers that include some of the most dominant logistics companies in the world.

To properly execute, I have strategically built a team of world class specialists and we’re not afraid to get in the trenches and take care of business. I work closely with a core team out of our Dallas office and I also partner with literally over 50 execution specialists around the globe who enable our team to execute like no one else and operate with absolute certainty. Just like The Wolf.

The guys and gals I partner with are the best. They are so good at what they do that they all deserve to have a wallet like Jules that says “Bad Mother F***er” on it.

Today, when I wake up and go to work, I behave as if my clients are Marsellus Wallace and I am The Wolf. The Wolf’s top objective is to keep Marsellus Wallace happy and make his life easier by simplifying complicated situations and solving problems. That’s what the Wolf does. He solves problems.