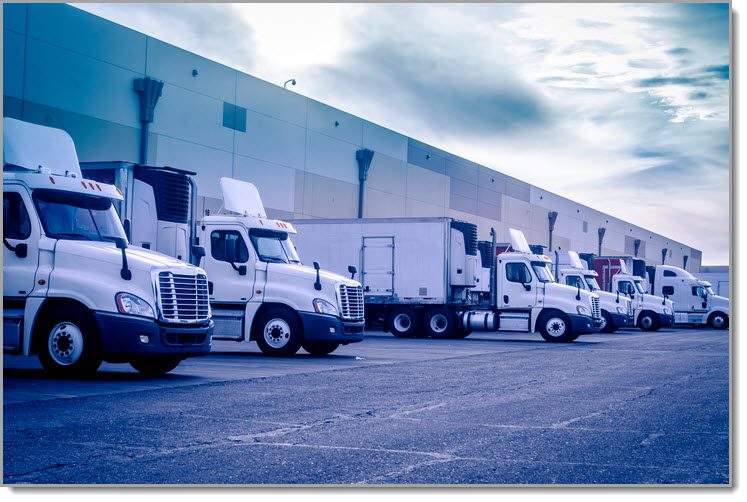 E-COMMERCE AND THE RISE OF THE “BIG BOMBER” DISTRIBUTION CENTER

A couple of weeks ago, I had the privilege of touring Amazon’s 1.2-million-square-foot fulfillment center in Fort Worth, TX. This was my first time touring an Amazon facility, and it was a mind-blowing experience.

When the tour began, the Amazon guide asked our group of 25–30 folks a few questions:

Q: Who all ordered something from Amazon this week?
A: 100% of the room said yes.

Q: Who all ordered something from Amazon in the last 24 hours?
A: 90% of the room said yes.

Q: Who all ordered something from Amazon this morning?
A: More than half of the room said “yes” — including me!

This Fort Worth facility is one of Amazon’s four distribution facilities of more than 1 million square feet in the Dallas-Fort Worth area — with a fifth expected to deliver in November 2017. The e-commerce age is clearly upon us, and it must be nice to be Jeff Bezos!

In 2016, Amazon opened 42 million square feet of new distribution centers and data centers around the globe, according to their annual reports. The company has said it plans to continue expanding and will hire more than 100,000 full-time employees by mid-2018.

As you can imagine, Amazon’s global distribution center footprint is having a major impact on the industrial real estate landscape as part of the “Amazon Effect” that has forever altered consumer expectations and the competitive landscape of the retail and e-commerce world.

THE RISE OF E-COMMERCE AND CHANGING DISTRIBUTION DEMANDS

This “need it now” mentality is causing a frenzy around the world for shippers (manufacturers, retailers, e-commerce companies), carriers (third party logistics companies or 3PLs), transportation companies like FedEx and UPS, as well as consultants and technology companies. Supply chain experts are constantly striving to find new ways to improve efficiency, increase speed and reduce logistics costs — of which transportation typically makes up the largest component

Along with the continued rise of e-commerce, this increased focus on supply chain optimization to support B2B and B2C transactions and omnichannel distribution have companies all over the world taking a hard look at their distribution models. As a result, we are seeing more distribution facilities of 1 million square feet and larger pop up than ever before. This uptick in facility size is primarily due to increasing the volume of the 3 P’s of E-commerce needed to accommodate the variable demand component that has arrived with e-commerce and the “Amazon Effect”:

THE “BIG BOMBERS” TAKE OVER DALLAS

I remember back in 2009, Farley & Sathers (now Ferrara Candy Company) partnered with a Dallas-based 3PL, Shippers Warehouse, and signed a 1.06-million-square-foot lease with Duke Realty in Grand Prairie, TX. I had been in the commercial real estate business for a few years at that point and had never heard of such a thing. I recall seeing that number in the newspaper and thinking that surely someone had made a typo and added an extra zero!

Today, we have about three to four new companies come to town each year and sign up to take down a Big Bomber. At any given time, it seems like we have several companies circling the DFW Metroplex considering if, when and where they will build the next one.

In my experience in the DFW market, building a 1-million-square-foot+ distribution center requires somewhere in the neighborhood of 60+ acres of land and more than $50 million. Even though DFW has a robust land supply compared to other major markets, the majority of the good sites have already been locked down by real estate developers.

As a result, many developers looking to enter the DFW market today are being forced to pay a premium for viable sites or come up with creative solutions to assemble these monster land sites. Some developers are looking into markets on the outskirts of town that are considered to be the “new frontier.” Others have had to move creeks out of the way.

Another new trend is buying older existing buildings and knocking them down. Many developers have also been forced to assemble multiple parcels and work closely with municipalities to properly rezone and plat the land to accommodate a modern bulk distribution center.

As e-commerce continues to grow, billions of dollars will continue to be spent on supply chain optimization strategy. Trends are going to change. Five years ago, a 1-million-square-foot warehouse sounded crazy. Today, we have more than 20 single-tenant facilities of 1 million square feet or more in DFW. 24’ clear height has turned into 30’, then 32’, then 36’ then 40’…

Who knows what’s next, but you can be sure that top real estate developers are paying attention. In some markets, we will continue to see shiny new Big Bombers cropping up to attract the Amazons of the world.

You can see one of Amazon’s fulfillment centers for yourself by signing up for a tour. And if you want to talk Big Bombers, my team and I are always available!

Ward Richmond is a Executive Vice President. Based in Dallas, Ward and his team work closely with tenants and developers around the globe to develop and execute world-class real estate strategies and site-selection services such as supply chain consulting, labor analytics, build-to-suit project management, and economic incentive negotiation services.

Rise of the “Big Bomber” Part 2

E-commerce and the Rise of the Big “Bomber” Part 3